It is the Vision of Community Christian Church to minister the precepts and truths of The Holy Bible, God’s inspired and written Word, to all who have an ear to hear the TRUTH. Furthermore, it is our Vision to take these truths to our communities (where we are), our places of influence (our work places, schools and surrounding areas), places and people beyond the walls of our comfort level (where we never wanted to go: other churches, denominations, faiths, and cultures), and ultimately to the uttermost parts of the world. With the help, guidance and leadership of Almighty God, our Vision is to help develop mature Christian individuals, strong Christian families, and a strong Bible-based/Family-focused church that, embraces all types of God-honoring family structures, embraces single believers, and in turn, will pierce the darkness of their sin-filled and dying communities with the glorious life-giving Gospel of Jesus Christ.

As recorded in the first chapter of the book of Acts, Jesus said, “But you shall receive power after that the Holy Spirit has come upon you; and you shall be witnesses to Me (Jesus) in Jerusalem (the area with which they were familiar), and in Judea (the surrounding less familiar area) and Samaria (where they did not want to go), and to the end of the earth (where they had never been).”  Acts 1:8 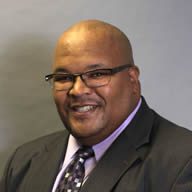 Called from childhood to preach God’s Word, Pastor Paul I. Bennett has been teaching the wonderful truths of the Word of God since 1977. He is the grandson of a preacher (Robert Miller) on his mother’s side, and the nephew of several pastors and teachers on his father’s side. Jamaican by birth, but American by choice Pastor Paul has been called by God to “Break God’s Word down”, so God’s people can understand it, believe it, and apply its truths.

Pastor Paul is a graduate of Cardinal Hayes high school in the Bronx, NY (Up Hayes and all its loyal men), and obtained his BS in Biology from Syracuse University (Go Orange!). Pastor Paul also earned an MA in Secondary Science Education from New York University, and is an experienced and awarded public school teacher with almost 30 years of classroom experience.

He is married to and co-pastors Community Christian Church with the love of his life and best friend, his wife Sheryl. Their union has resulted in two blessed children; Paul and Ashley. His ministry rhema text is found in the Old Testament book of Jeremiah, chapter one and verse five, which states, “Before I formed thee in the belly I knew thee; and before thou camest forth out of the womb I sanctified thee, and ordained thee a prophet unto the nations.”